For a quick overview, check out the Video.

Frontiers is an unofficial expansion to Gaia Projects brought to you by the boardgamers developers - and is only available on boardgames.space.

The expansion opens up new frontiers for experienced players.The vast empty space between planets has been reserved to lonely satellites and the occasional space station - let's change that!

Space ships always exist on empty space locations - they can never fly on or above a planet (as if the map really were two-dimensional).

A space ship that can move this round:

3 space ships that have moved this round:

For example, if you want to create a colony on a Gaia planet, you have to pay 1q (or 1o for Gleens). If you have a gaia former on a gaia planet, you can also place the colony there free of charge.

A colony ship is about to turn into a colony:

The colony ship has turned into a colony:

Trade ships increase the wealth and knowledge of your civilization in sheer endless ways!

All trade rewards added together: 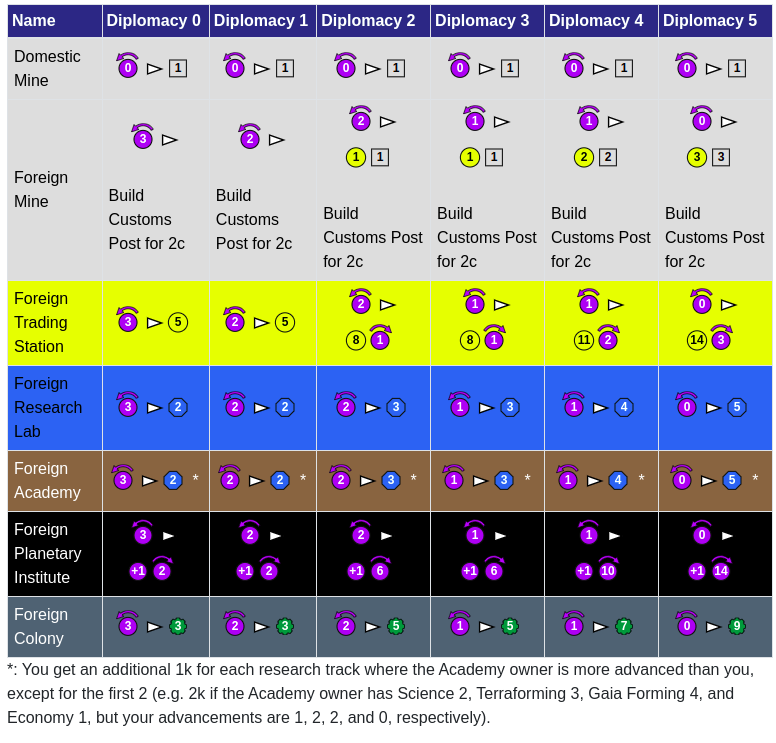 A trade ship is about to construct a customs post: 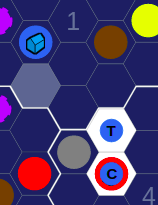 The blue circle with a "C" indicates that the blue player (you) has built a customs post on this plnaet - and cannot trade with the planet any more.

The trade ship has traded with a domestic (own) mine:

The blue circle on top indicates that the blue player (you) has traded with this planet.

Colonies are converted from Colony Ships.

The income for your colonies:

When trading with a mine from a different player, you must build 1 of your 5 Customs Posts for 2 credits after receiving the Trade Units from the Trade Bonus level. If you cannot built a Customs Post you cannot trade with that mine.

Gives 2c after performing a trade with a foreign building (i.e. not when trading with your own mine). 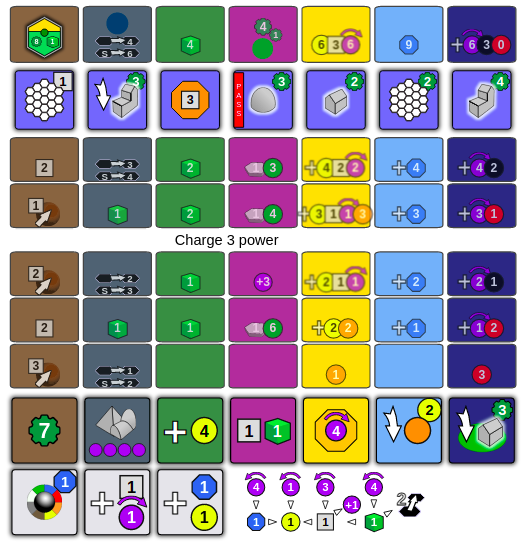 Your current trade bonus level and trading cost (in pw):

Is Frontiers based on another expansion of Gaia Project or Terra Mystica?

No, it's a new, standalone development

Is the expansion compatible with all setup options and preferences?

Yes, except for the "Alternative UI" preference.

Why is there so much space on the player board next to colony ship?

This space is reserved for future space ships.